It's a common story.  Depressed urban neighborhoods are too often destroyed for the sake of what some consider "progress."  In this case, the controversial, long-awaited Mon-Fayette Expressway is planned to cut through the heart of Turtle Creek, a small, old, industrial borough. It's a rather despised rust-belt style place, if ever there was one. It's not close enough to the right side of city to be both gritty and trendy, and it's not quaint enough or rich enough to be a trendy small town. It was already partly destroyed once, in the 1960s, for an urban renewal project. Its business district was leveled. A lot of very anonymous modern architecture was erected in place of what once had been a historic little city. That was not an uncommon practice in the middle of the 20th century. Still, Turtle Creek has what remains of a 19th century residential neighborhood along Larimer Avenue. Predictably, that is the neighborhood that would be destroyed to build the expressway. That expressway, by the way, is a little redundant..

There is a debate about whether building this final leg of the MFE is a good idea or not. However, it would certainly not be a good thing for the borough of Turtle Creek to have a major highway going through the middle of town. It seems as though not too many people care about the future of Turtle Creek, though. Like many rust-belt villages with declining populations, the historic industrial character of the town is taken for granted, or unappreciated. The residents might wish to live in a modern, cul-de-sac style suburban location, in a vinyl McMansion. The old homes are neglected.  What remains of the business district is either vacant or underutilized. Walkable amenities are ignored. Given all of this, there is little to stand in the way of a project that would destroy the town and push more people out.  The question is, why aren't there more people who love their town, and are willing to fight for its existence and its history?  Is this apathy exclusive to western Pennsylvania?

I photographed all of the houses that would be destroyed for the proposed MFE.  While the topic here is historic preservation, and the idea that these buildings should be saved, remember that the town itself is a special place, and deserves better than this. 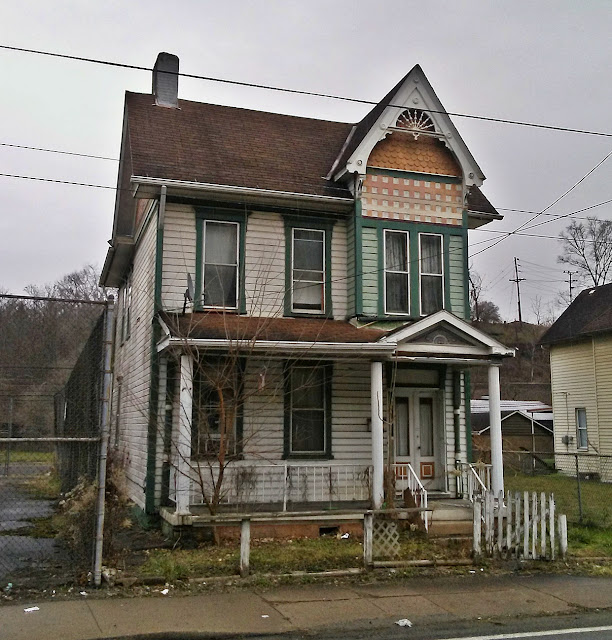 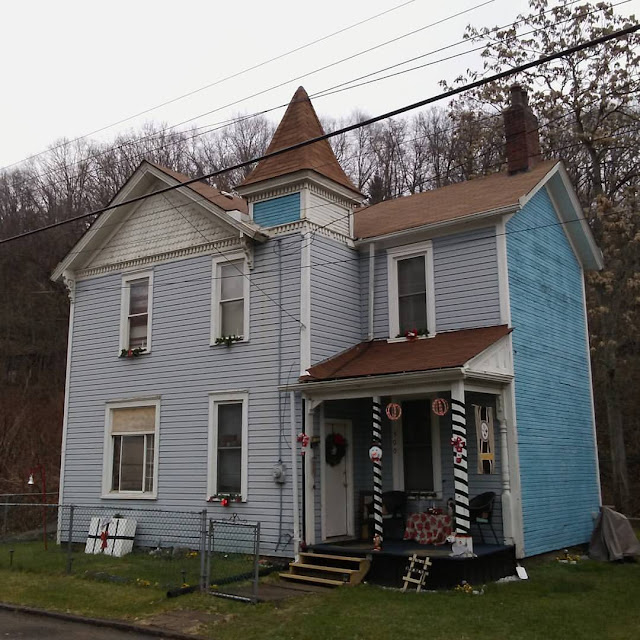