The Remains of Schweizer Loch

﻿﻿﻿ One of Pittsburgh's oldest neighborhoods, Schweizer Loch was a Swiss community on the North Side, near what is now the 16th Street Bridge. The neighborhood was packed with row-houses as early as 1872, and probably much earlier than that. Highway development and expanding industry eroded the neighborhood to such an extent that by the time of these photographs, only four homes were still standing. These homes, along with a church, a few scattered warehouses, and a lone Victorian commercial / apartment building, are all that remain of the once very urban, dense, and historic neighborhood. The remaining architectural styles present in the neighborhood seem to represent very well the Pittsburgh vernacular style of detached and attached row-houses, some with Italianate trim. This was once probably the prevailing style of home architecture in the city.﻿

It is my hope that these photographs will illustrate the importance of preservation, and the fragility of our historic neighborhoods, which can be lost forever.
﻿ 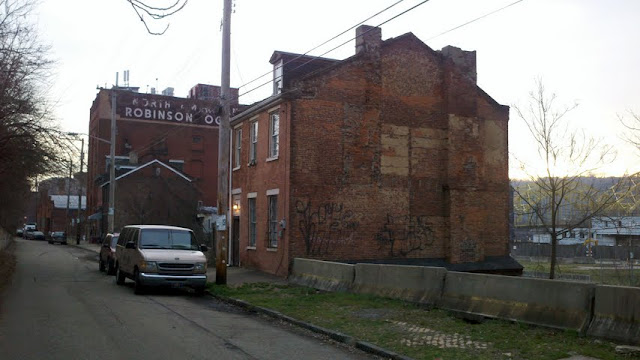 Three of the four surviving homes in Schweizer Loch can be seen in this photograph. This street was once an uninterrupted row of houses.﻿ ﻿﻿﻿
﻿ 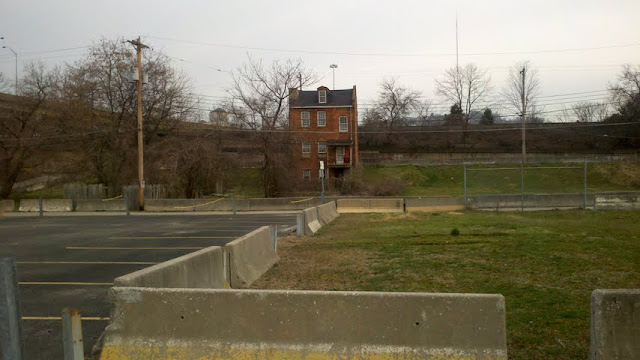 One of four houses left standing in this once dense, urban row-house neighborhood. Notice the empty belgian block streets.﻿ ﻿﻿﻿﻿﻿﻿﻿﻿﻿﻿﻿ ﻿
﻿ 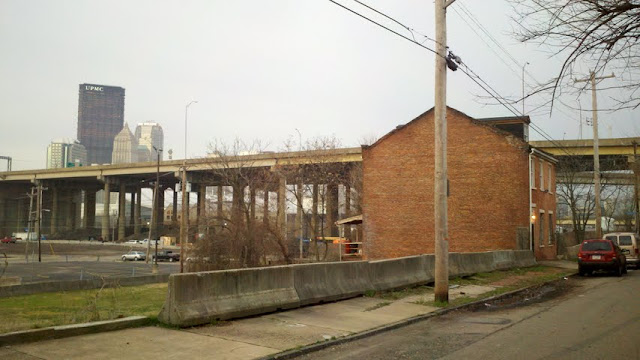 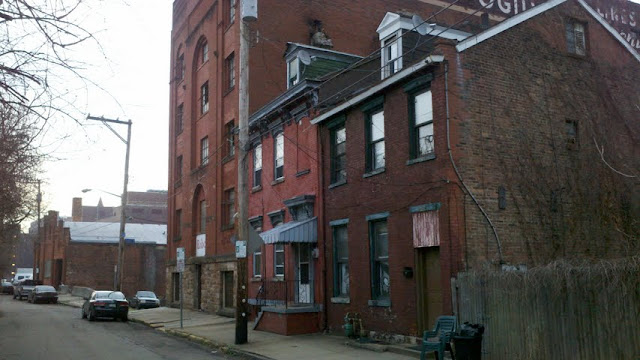 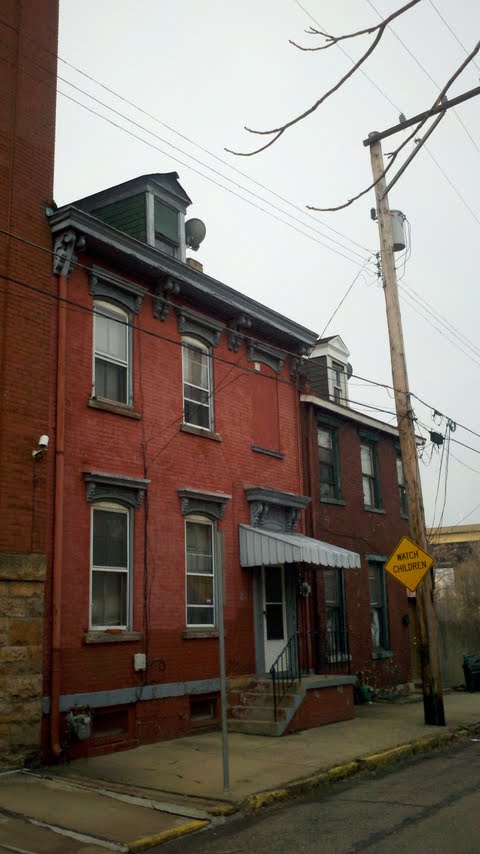 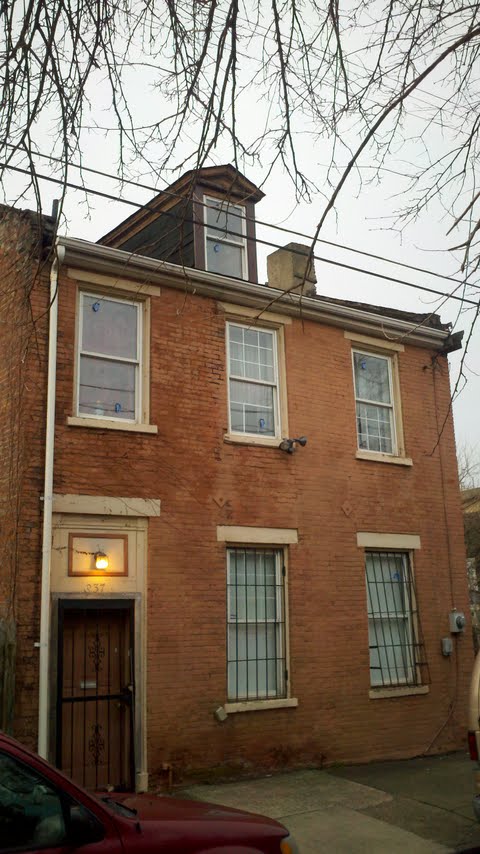 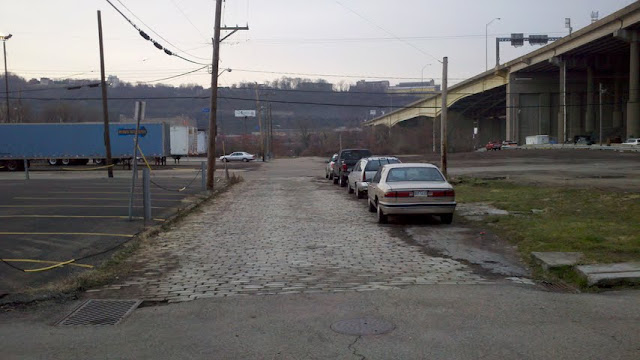 City streets with no houses. 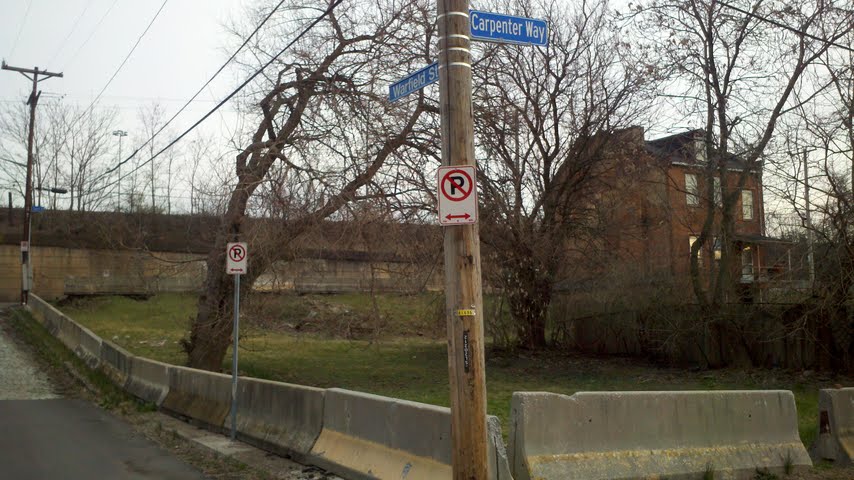 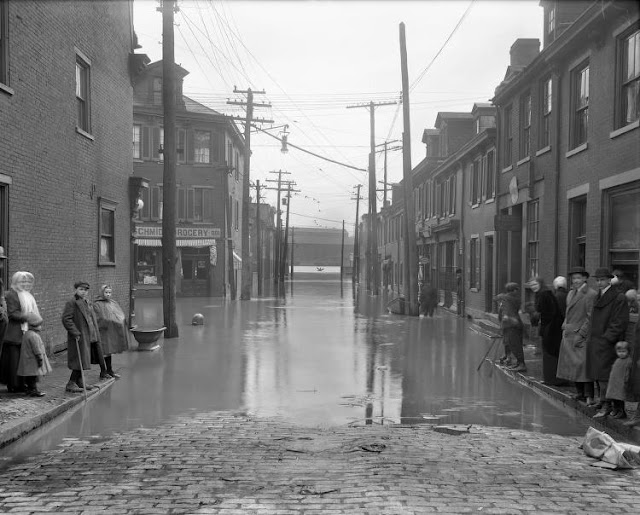 Progress and Madison Street, as it looked during the 1913 flood.﻿
﻿﻿ 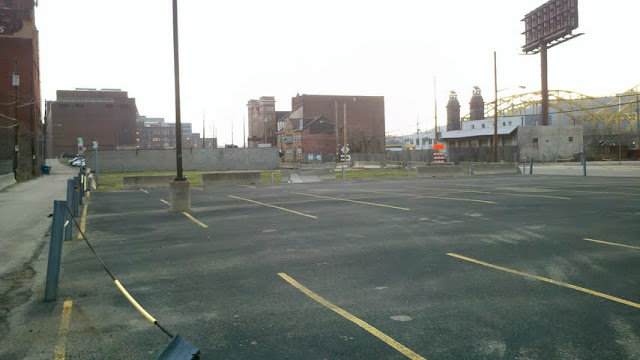 The neighborhood, as it appears today.
﻿ ﻿﻿﻿ 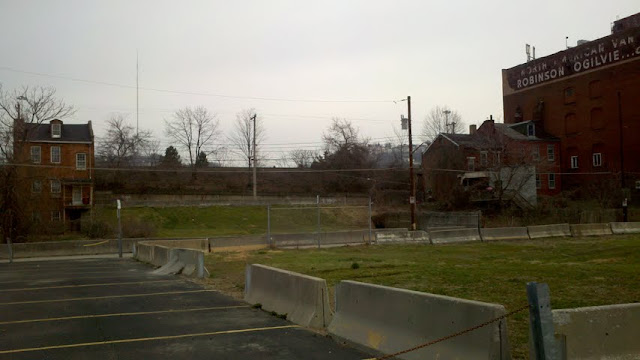 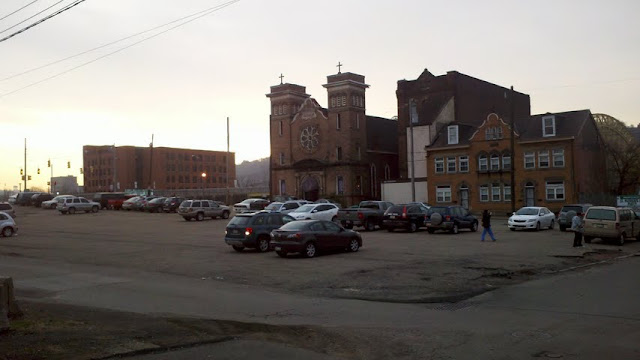 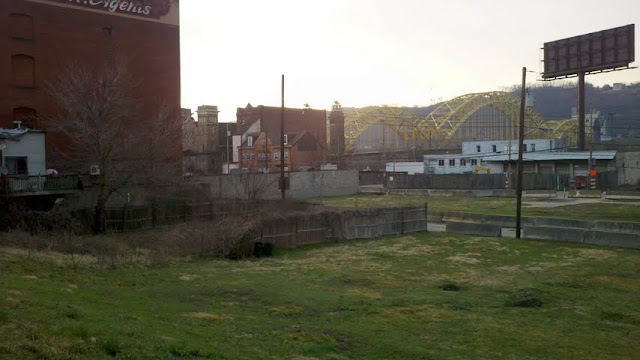 Where a neighborhood once stood.
﻿ ﻿ 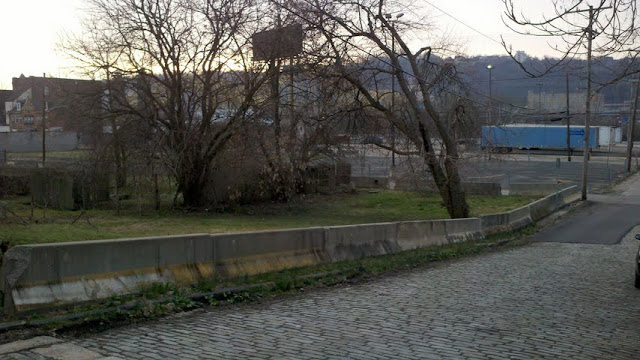 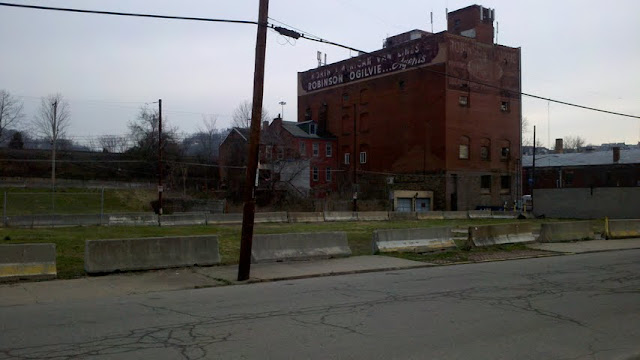 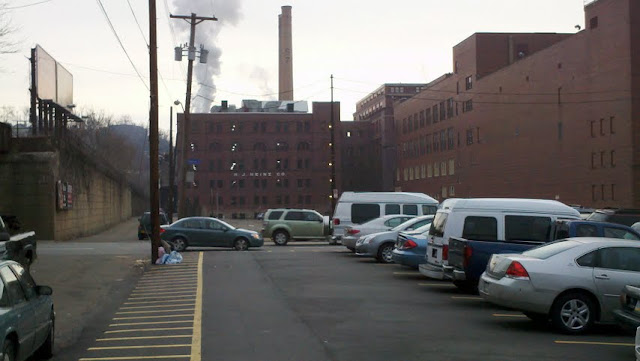 All of this neglect and waste in the shadow of the $2000-a-month Heinz Lofts, a couple hundred feet away. When there were actual houses here, it was affordable to everyone, not just the well-off (the same could be said of downtown and the Strip District).
﻿ ﻿ 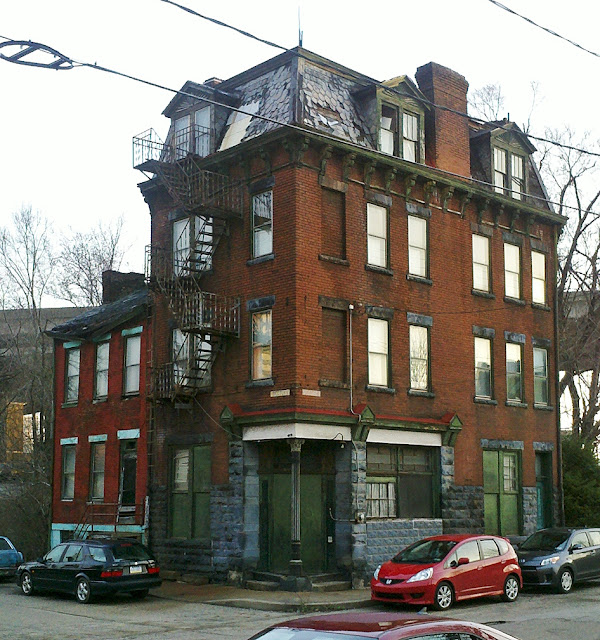