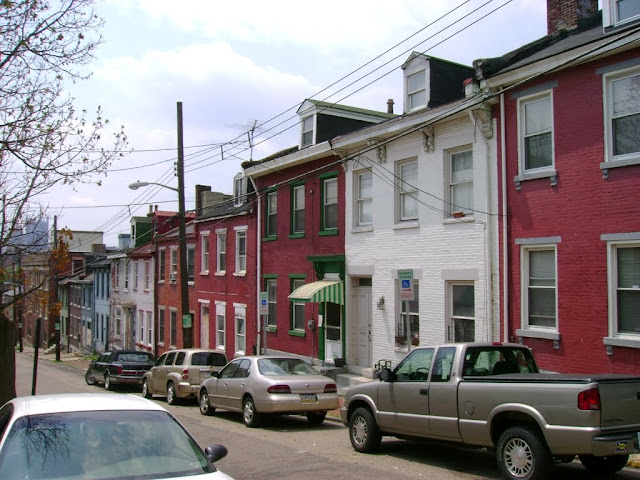 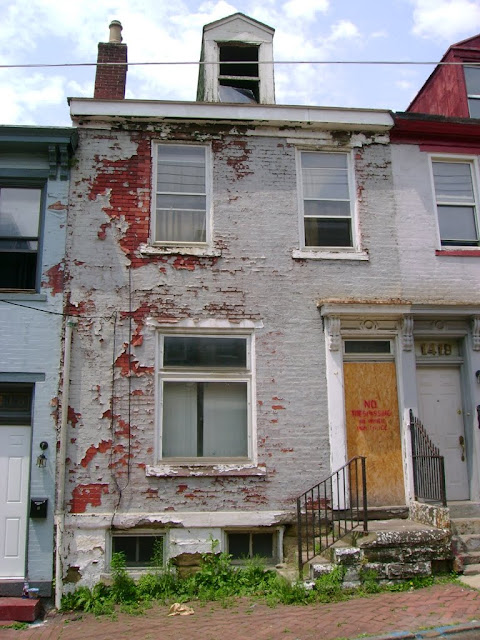 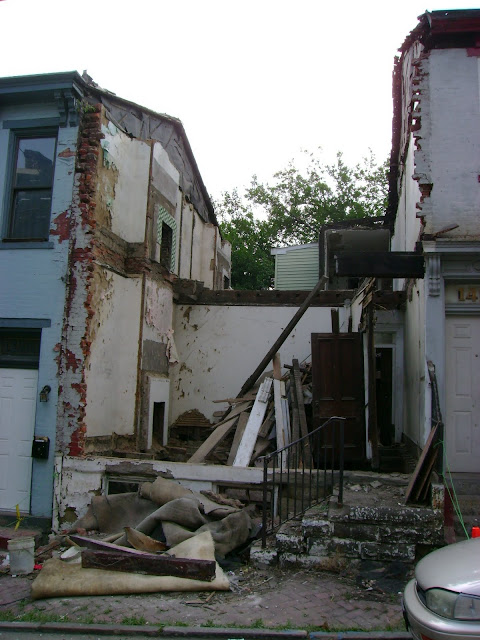 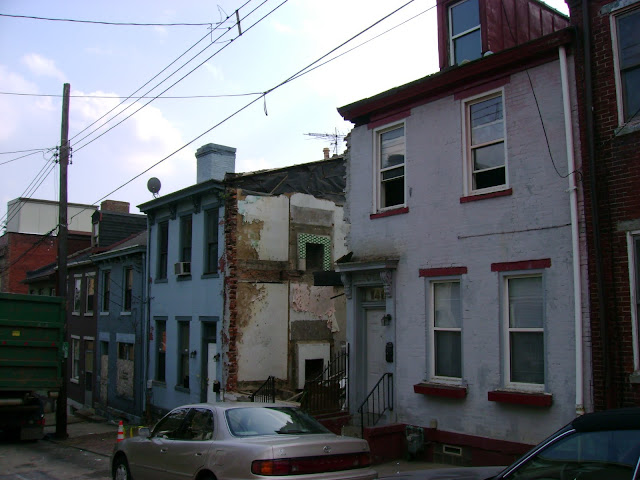 Streetscape after demolition. What an improvement?

This is a follow-up to my recent coverage of the City of Pittsburgh's plans to demolish three historic homes on Boyle Street in the Central North Side.

As I was working on my upcoming Historic Mansions Photo Tour today, I decided to swing by Boyle St. and see if there was any activity.

1417 Boyle Street has been demolished. I have taken before and after pictures. I hope the city is proud of this. Apparently, no historic district in the city of Pittsburgh is complete without holes punched into the 19th century streetscape.

Two or three similar row-houses on Boyle St., just across the street from where the city is demolishing houses, have been completely restored (they were in worse shape when they were put on the market last year). It's a shame that the city did not have the foresight to market the properties on its demolition list to preservation-minded buyers. After all, the Central North Side is rapidly gentrifying.